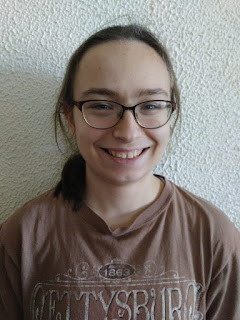 Amelia Colafati, a senior at Albany High School, is planning to attend Tufts University in Medford, Massachusetts after a gap year. She was selected based on her essay describing her leadership in civic and community activities as well as a recommendation from the school’s Advanced Placement / International Baccalaureate Program Coordinator.

“The Roundtable’s Scholarship Committee reviewed several applications and had to make a very difficult decision,” said Christopher Burke, president of the 501c3 organization. “The Committee thoroughly enjoyed Amelia’s thoughtful essay on her volunteer work with her church, particularly her assistance with community dinners for those in need. She also described her work as President of the Albany High Model United Nations and Mock Trial Clubs. Despite the school’s closure, she coordinated a Model U.N. conference to assess the possible social, economic, and political responses to the COVID-19 pandemic.”

In her essay, Colafati also described her growing interest in climate activism. She completed “an energy audit to find ways to limit my church’s carbon footprint … then gave a presentation at church, explaining about the climate crisis, bringing the congregation up to date on the audit, and offering a few suggestions I had come up with about how to respond to the climate crisis as an ordinary citizen. I also have participated in a number of rallies with my classmates at the New York State Capitol, inspired by the Swedish activist Greta Thunberg.”

The Albany Roundtable presents a civic luncheon series which is open to the public and attracts an average of 50 participants each month to hear speakers with diverse viewpoints on timely subjects relating to the region. The award is traditionally presented at the Albany Roundtable’s Annual Meeting in May, but the event was canceled due to the pandemic.

Burke continued, “The Albany Roundtable has a long history of providing a forum for civil discussion of the issues of the day. We hope that this scholarship will help Amelia join a new generation of civic leaders who will go on to contribute to their communities in ways that we cannot yet imagine.”

Posted by Moderator at 5:01 PM