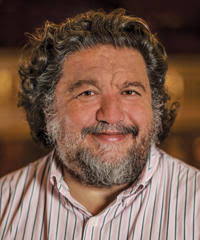 ALBANY – November 21, 2019 – Proctors CEO Philip Morris and Capital Rep Producing Artistic Director Maggie Mancinelli-Cahill will talk about collaboration and more at the Albany Roundtable luncheon on Wednesday, December 11. The luncheon will be held at the National Register-listed University Club, 141 Washington Avenue at Dove Street in Albany, and is open to the public.

Founded in the 1970s and 1980s, respectively, Proctors and Capital Repertory Theatre (or theREP, an affiliate of the Proctors Collaborative) have provided the very best in entertainment to the region for decades. They’re now joining forces to serve as an anchor in the development of Livingston Square, the former National Biscuit Co. building, at 251 N. Pearl Street, which will include a 300-seat MainStage, 70-seat black box theatre, full time café and box office. Together, they’ll expand their mission "to create theatre with an authentic connection to the community." 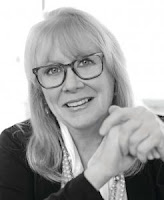 Mancinelli-Cahill has served as Producing Artistic Director of Capital Repertory Theatre since 1995. She has worked in regional theatre, Off-Off and On Broadway and has directed more than 100 plays, workshops and readings. She holds a BA in Theatre from the University of Colorado and an MFA in Directing from Columbia University.

Morris became the CEO of Proctors in 2002. He also heads theRep and the Universal Preservation Hall in Saratoga Springs. Previously, Morris served for 25 years as the executive director of the Arts Council for Chautauqua County. There, he established The Lucille Ball-Desi Arnaz Museum and Festival of New Comedy.

This luncheon is sponsored by Discover Albany, the independent, not-for-profit corporation that serves as Albany County's Official Tourism Promotion Agency (TPA), as well as an administrator of the Capital-Saratoga Region and Hudson River Valley marketing efforts.

The cost for the December luncheon is $20, which may be paid at the door. The Roundtable also offers its guests the option of paying in advance with a credit card at www.albanyroundtable.com.

The University Club will serve a hot and cold buffet from 12:00 noon to 1:00 p.m., with the program commencing at 12:30. Reservations for the December 11 luncheon are required by Monday, December 9 and may be made by prepaying online, by calling and leaving a message to register at 518-992-5360, or by sending an e-mail to albanyroundtable@gmail.com.

Posted by Danielle Sanzone at 12:30 PM