“Politics in 2016: a peek into the crystal ball, or perhaps through the looking glass” 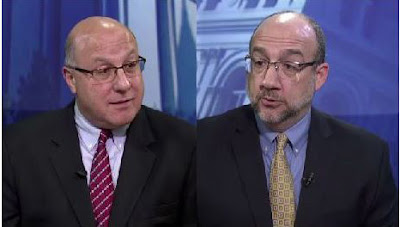 Albany veterans, strategists and pundits Steve Greenberg and Bob Bellafiore will provide insights and prognostications for what will be the most interesting year in state and national politics since at least 2015. The presentation will take place on Wednesday, February 10 at the National Register-listed University Club, 141 Washington Avenue at Dove Street in Albany. Albany Roundtable luncheon meetings are open to the public.

Reservations are required and seating is limited. The cost for the luncheon is $20, which may be paid at the door. The Roundtable also offers its guests the option of paying in advance with a credit card at www.albanyroundtable.com. The University Club will serve a hot and cold buffet from 12:00 noon to 1:00 p.m., with the program commencing at 12:30. Reservations for the February 10 luncheon are required by Tuesday, February 9 and may be made by prepaying online, by calling 518-431-1400 (the Capital Region Chamber) or by sending an e-mail to albanyroundtable@yahoo.com.

Posted by Moderator at 8:54 PM