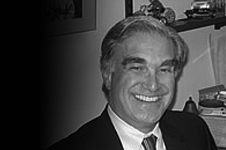 Rex Smith, Editor and Vice President of the Times Union, will address the Albany Roundtable on Wednesday, November 9. As he does on The Media Project, which airs weekly on WAMC, Smith will offer an inside look at media coverage of current events.

Albany Roundtable luncheon meetings are held at the National Register-listed University Club, 141 Washington Avenue at Dove Street in Albany, and are open to the public.
Rex Smith has been Editor and Vice President the Times Union in Albany since September of 2002. He had been Managing Editor/News of the paper for seven years before that, and had come to the Times Union after serving four years as Editor of The Record newspaper of Troy. Rex came to New York’s Capital Region as state capitol bureau chief and national correspondent for Newsday, where he spent 11 years on various reporting beats. Earlier in his career, Rex was a congressional aide in Washington and editor of the daily newspaper in Rensselaer, Indiana. He is a recipient of the Distinguished Service Award from the national Society of Professional Journalists, the World Hunger Media Award, the New York League of Women Voters Citizen of the Year Award and numerous other prizes for reporting and editorial writing.

The cost for the luncheon $15, which may be paid at the door. The University Club will serve lunch from 12:00 noon to 1:00 p.m., with the program commencing at 12:30. Reservations are required by Monday, November 7 and may be made by calling 518-431-1400 (the Albany Colonie Regional Chamber of Commerce) or by sending an e-mail to albanyroundtable@yahoo.com.